We are one week out from one of Australia’s biggest race days – the Melbourne Cup!

THE RACE THAT STOPS THE NATION! 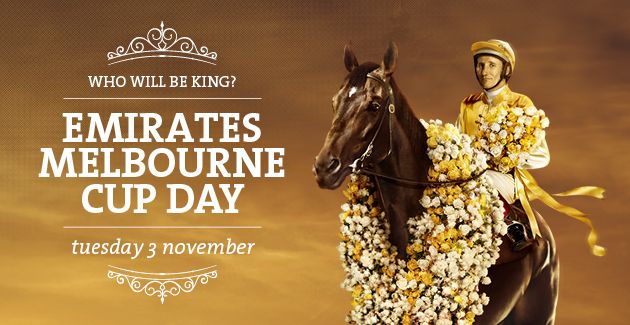 The Emirates Melbourne Cup is a truly spectacular event: each year on the first Tuesday of November at 3pm, the greatest thoroughbreds from around the world gather at Flemington and battle it out for a stake of the $6.2-million prize money and to cement their names in history.

Trainers from around the world set their sights on the Emirates Melbourne Cup, a race widely considered to be the best staying handicap in the world. Over 3200 metres, the Emirates Melbourne Cup offers the richest prize in Australian sport and a 18ct solid gold Hardy Brothers trophy valued at $175,000. With such significant international standing, the anticipation of history in the making creates the electric atmosphere that is ‘the race that stops a nation’.™

As the jewel in the Melbourne Cup Carnival crown, this iconic day is a heady mix of revelry, spectacular racing and fashion, and exquisite hospitality and entertainment, making it an unmissable sporting and cultural event.

The official flower for Emirates Melbourne Cup Day is the yellow rose.

A little bit of History:

“Through tears and triumphs, ‘the race that stops a nation™’ has cemented its position as a revered sporting, social and cultural event that continues to play a significant role in defining Australia’s national identity!

Where did it all begin?

In 1861, at the first running of the Melbourne Cup, the race club committee could hardly have envisaged the Cup lasting a century and a half and growing to become a significant part of our social and sporting culture.

In front of an estimated crowd of 4000 people, Archer became the first winner of the Melbourne Cup. Victorians, and the wider Australian community, were already displaying their great passion for thoroughbred racing.

At the time of the first Cup, Victoria was experiencing the gold rush and many people had flocked to Melbourne, Bendigo and Ballarat in the hope of finding gold.

By 1880, 100,000 people would make the journey to Flemington to attend the Cup. As Melbourne’s population was only 290,000 at the time, this attendance was quite phenomenal, and many visitors came from the country and other Australian colonies, too. These were flourishing times as Melbourne continued to grow during and after the gold rush period.

The first Tuesday in November

While the Cup was first run on a Thursday, in 1875 it changed to a Tuesday and has normally been run on the first Tuesday in November each year. In three of the five years during World War II (1942, 1943 and 1944) it was held on a Saturday.

Throughout the Melbourne Cup’s history there have been stories of endurance, scandal, controversy, tragedy and heroism involving great horses such as:

From Etienne de Mestre in the 1860s and 1870s, and Lee Freedman in the 1980s, 1990s and 2000s, who have both trained five Cup winners, to the ‘Cup’s King’ Bart Cummings, who has won 12 Cups since 1965, the Melbourne Cup is firmly entrenched as a horse trainer’s ultimate accolade in thoroughbred racing. * All information sourced fromhttps://www.flemington.com.au/about-us/our-history