Giddy Up! It’s nearly time for the Melbourne Cup!

THE RACE THAT STOPS THE NATION! 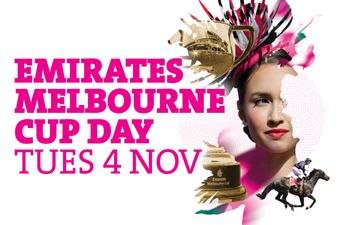 How time has flown for 2014! We are exactly one week out from one of Australia’s biggest race days – the Melbourne Cup! How will you be celebrating this year; at the office, at home or out & about in Townsville?

A little bit of History:

“Through tears and triumphs, ‘the race that stops a nation™’ has cemented its position as a revered sporting, social and cultural event that continues to play a significant role in defining Australia’s national identity!

Where did it all begin?

In 1861, at the first running of the Melbourne Cup, the race club committee could hardly have envisaged the Cup lasting a century and a half and growing to become a significant part of our social and sporting culture.

In front of an estimated crowd of 4000 people, Archer became the first winner of the Melbourne Cup. Victorians, and the wider Australian community, were already displaying their great passion for thoroughbred racing.

Today, the Melbourne Cup is the richest handicap race held in Australia, and the prize money and trophies make it among the richest horseraces in the world.

Flemington was fairly basic in the early days with little in the way of running rails or stands. But the Melbourne Cup quickly became popular as a carnival with picnic parties, sideshows, celebrations and people showing off their latest fashions. Socialites, politicians and Australia’s rich and famous attended the Cup right from the earliest days, as they still do today.

While the Cup was first run on a Thursday, in 1875 it changed to a Tuesday and has normally been run on the first Tuesday in November each year. In three of the five years during the Second World War (1942, 1943 and 1944) it was held on a Saturday.

At the time of the first Cup, Victoria was experiencing the gold rush and many people had flocked to Melbourne, Bendigo and Ballarat in the hope of finding gold. A few gold-diggers were fortunate and became wealthy, and they enjoyed splurging at Flemington.

By 1880, 100,000 people would make the journey to Flemington to attend the Cup. As Melbourne’s population was only 290,000 at the time, this attendance was quite phenomenal, and many visitors came from the country and other Australian colonies, too. These were flourishing times as Melbourne continued to grow during and after the gold rush period.

“There was barely standing room on the lawn and many ladies were unable to find a seat for the whole day. The Paddock was overcrowded to excess and the Hill was simply a mass of human beings. It has reached a stage now that almost everyone in Melbourne goes to the Spring racing.” – Australasian Newspaper (1871)

Champion horses have always thrilled spectators. There are stories of endurance, scandal, controversy, tragedy and heroism including great horses such as:

* All information sourced from http://www.melbournecup.com/racing/history-of-the-cup/ 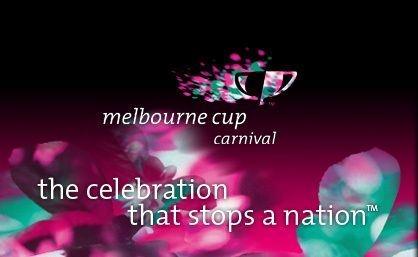